Why do people dismiss Vampires? 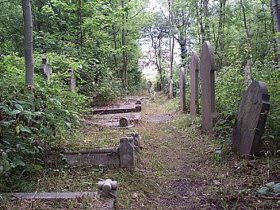 Today the majority of folk not only dismiss the existence of vampires, but also most anything else remotely belonging to the supernatural. Montague Summers and Seán Manchester, however, tend to subscribe to the view that cases of vampirism have been stifled and covered up by those in authority. So has much else, of course, and the recent inaccurate portrayals of the vampire and vampirism in films and literature only serve to assist this endeavour of disinformation. Furthermore, most people have built in “slides” that short circuit the mind’s critical examination process when it comes to certain sensitive topics. “Slides” is a CIA term for a condition type of response which dead ends a person’s thinking and terminates debate or examination of the topic at hand. Any mention of the word “vampire,” for example, often solicits a “slide” response with most people.

Owing to the incredible bombardment of information (and thereby also misinformation) via the media, television, radio and, not least, the new information technology, people are probably far less open-minded than they were hitherto. Hence they dismiss the existence of the vampire phenomenon without prior examination. This principle of prior contempt cannot fail to keep people in everlasting ignorance of the undead. Notwithstanding the natural predilection nowadays to dismiss any notion of vampires, when a BBC poll was conducted to coincide with an online discussion with Seán Manchester on the subject the result was interesting. The question put to those who visited the BBC website was: “Do you believe in vampires?” 47.4% said they did not believe, but an encouraging 52.6% said that they did believe in the existence of vampires.

The vampire is a predatory entity that feeds on the life-force, ie blood, of others. It is but one of many types of demon. However, in all the darkest pages of the malign supernatural there is no more terrible tradition than that of the vampire, a pariah even among demons. When the undead is exorcised using impalement the corporeal shell returns to earthly time with a bang as the demonic presence is expelled as the accompanying rite of exorcism is uttered and a prayer for the dead follows.

Seán Manchester
Posted by Vampirologist at 02:33